The Echols family at Jaemor Farms has been harvesting crops from this land for 105 years.
The family began farming cotton and a few peach trees in 1912. After a few years of growing this “king” row crop, they switched their focus to those few peach trees and began selling peaches on the side of Old Cornelia Highway, a road that runs parallel with what is I-985/Highway 365 today… The rest is history.

Mr. Jimmy Echols has grown peaches his entire life and is thankful for the farming tradition that was started by his grandfather. The original peach shed still sits outside his house on Old Cornelia Highway. He purchased the farm from his parents in the early 1960s.

In 1965, despite warnings from fellow farmers, Jimmy added a few acres onto his family’s land. Although many were fearful this might lead to failure, the fears turned out to be unfounded. It just so happened that in 1981 a four-lane highway was built next to this ‘newer’ piece of land so the Echols opened their familiar produce stand on what is now Highway 365. Additionally, once the third generation of Echols family members had inherited their portions of the original 1912 farm, there were two peach stands in Lula – ‘Echols Orchards’ and ‘Echols Peaches’.

Therefore, when the market on the hill opened, the Echols renamed their portion of the family farm as ‘JAEMOR FARMS’. J.A.E.M.O.R combines Jimmy and Valvoreth’s names (see photo at the top of the page).

During the past 36 years, Jaemor Farms has experienced numerous transitions and has grown to meet the demand of our customer base. In 2002, we began to diversify the crops grown on the farm to beyond just peaches and apples. Now, our customers can enjoy homegrown strawberries, blackberries, muscadines, scuppernongs, concord grapes, watermelon, squash, tomatoes, zucchini, pumpkins and more during our harvest seasons.

In 2006, they opened their first corn maze and began to participate in the state’s agritourism industry. Today, on average, Jaemor sees more than 750,000 customers annually.

*No pets allowed inside the market, on hayrides, out on farm or in the corn maze*

Jaemor Farms is a comprehensive guide on the area and we’re happy to share this content from their incredible resource: 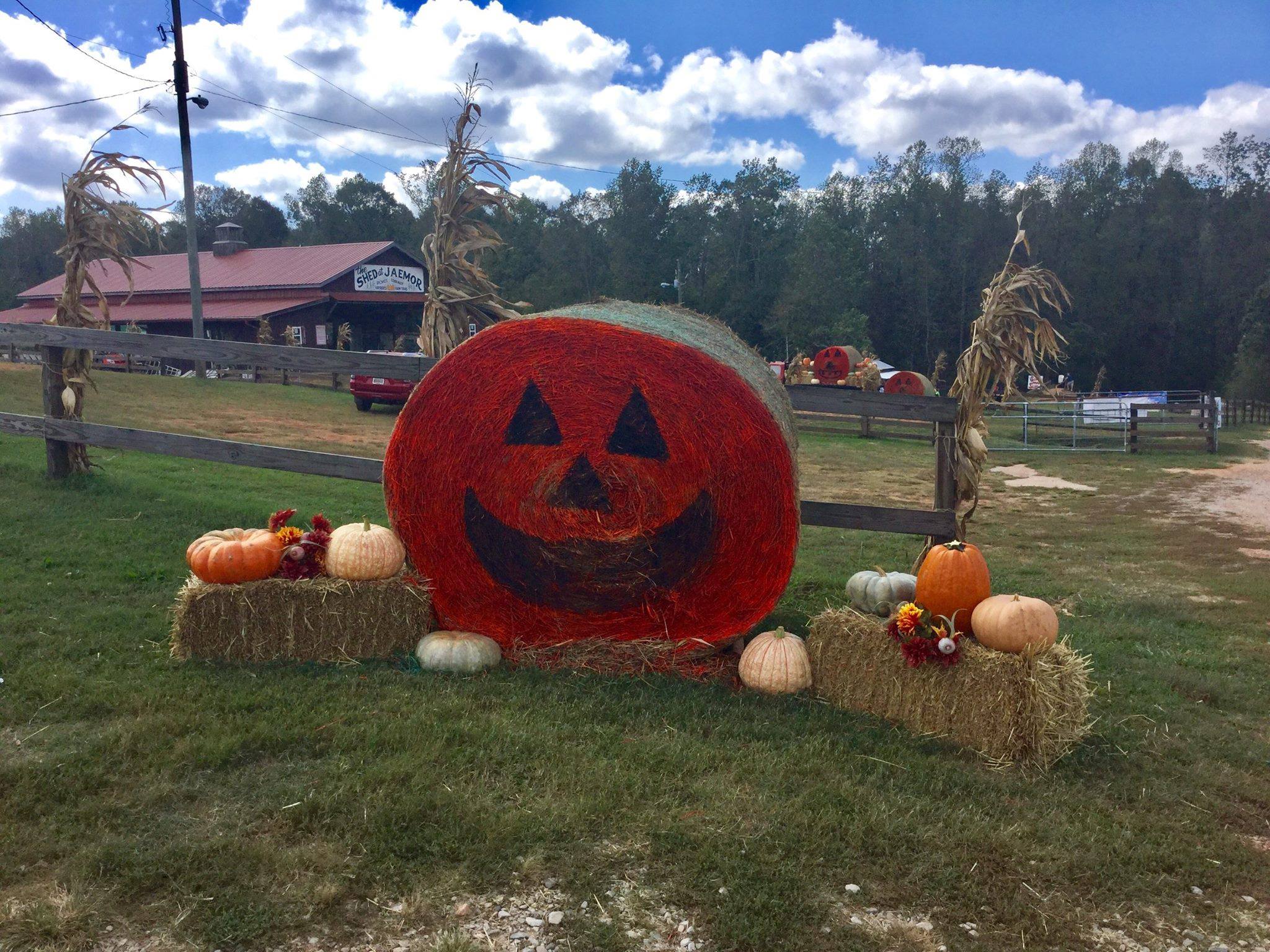